Samye Monastery, Tibetan’s first monastery and first college, locates in Shannan Region. It was constructed by the King Trisong Detsen of the Tubo Kingdom, and the monastery was also presided over by the Buddhist master Padmasambhava or Gulug Rinpoche. Detsen took part in the foundation ceremony and later he ordained seven descendants of blue blood to cultivate the monastery. They were called ‘Seven Enlighten Disciples of Samye’. Since then, Buddhism has widespread within Tibetan plateau. Samye was destroyed several times by civil war, fire and earthquakes respectively. Today, only partially of its original 108 buildings survive or have been rebuilt. The design of Samye Monastery  based on the principles of geomancy, a concept derived from India. There lies a mythical palace on the top of Mt. Meru at the center of the Tibetan Buddhist universe, at Samye, it is symbolized by the main temple, Wuzi Hall. The Moon and Sun chapels stand in the south and north respectively as the moon and sun in the universe. Surrounding the main temple is a great “ocean” and four great islands and eight subcontinents.

The Wuzi Hall is the highlight of Samye Monastery.  The building is combined different styles as the first floor was built by local Tibetan style, the middle floor was designed with Chinese architecture style and the top floor was under the influence of Indian style. And there were four more walls representing oceans around the Wuzi Hall. Also, there are two halls represent sun and moon in the monastery. Four special pagodas with four different colors (green, red, black and white) were been put in the monastery to suppress devils. The murals in Samye Monastery was also a highlight attraction. From the precious murals, travelers can learn the Tibetan Buddhism story and historical events of monasteries. If you want a Tibet tour with this monastery covered, please follow this link: https://www.tibetctrip.com/tibet-tsetang-attraction/samye-monastery.html

Find tours in and nearby Lhasa Tashi Nota Khangsang Hotel is one nice 4 star standard accommodation and much better than other same category hotel in Lhasa.
1-5nights
Lhasa and Around Tashitakge Hotel is also called Babao, means eight treasures. It is located near the Barkhor street, which is the ancient
1-5 nights
Lhasa and Around This 6 days Tibet tour includes famous scenery of lakes, Rivers, Mountains, Grassland and villages along the way. If you
6 days
Lhasa and Around 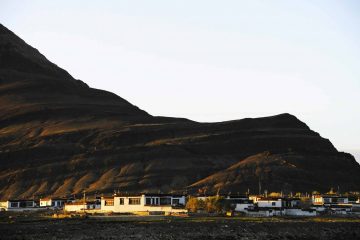 This short day trip takes you to see the unique Tibetan village and countryside. You will discover the things which most travelers
1 Day
Lhasa and Around This 7 days Tibet tour includes famous scenery of lakes, Rivers, Mountains and villages along the way. Also it includes
7 Days
Lhasa and Around 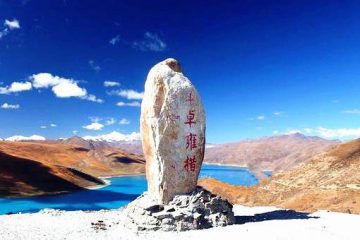