Tibet is a sacred and magical place that countless people will come there every year. But for some people who visit Tibet at the first time, they barely know what to see and what to do during their Tibet trip. So I present the following top 10 Tibet Travel Experiences that almost all of the travelers won’t miss. 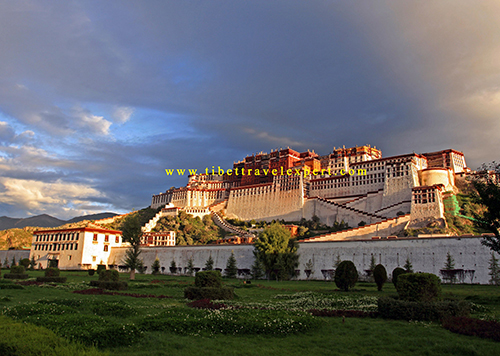 Standing in the ‘roof of the world’, Potala Palace is not only a magnificent building with palaces, castles and monasteries, but also Tibet’s largest and most complete ancient castle buildings. And this unbelievable structure has been used as the home of the Dalai Lama for centuries, which is filled with thousands of well-preserved artifacts, marvelous statues, beautiful paintings and religious objects etc.

Jokhang Temple is a Buddhism Temple in Barkhor Square, Lhasa, the heart of Tibet. It is not only one of the UNESCO World Heritage sites but also one of the most popular tourist attractions in Lhasa. Meanwhile, many pilgrims prostrate every few feet, while others walk slowly, chanting sacred mantras and spinning hand-held prayer wheels. Every year, the Great Prayer Festival of Buddhist is held here.

Butter Tea is a typical beverage in Tibet which is deep loved by Local Tibetan. If you travel to Tibet, you certainly cannot miss the Butter Tea. Saga Dawa Festival is one of the three biggest festivals in Tibet. So, people celebrate the festival by going to temples, renewing Tarboche Prayer Flagpole and lighting hundreds of butter lamps. 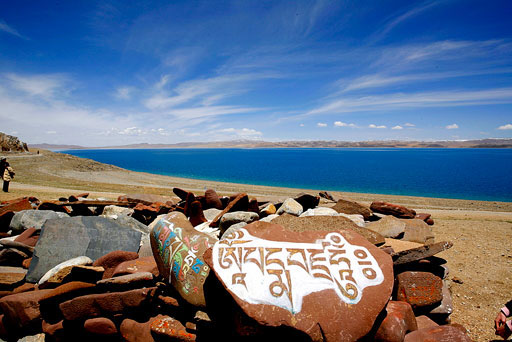 Namtso Lake is the highest lake in the world and the second largest lake in Tibet. And it is also one of the three Great Holy Lakes in Tibet. This holy lake attracts both pilgrims and visitors to seek transcendence of their souls. Mount Everest, Earth’s highest mountain above sea level of 8848 meters locates in the international border between China and Nepal. As the dominant peak of the Himalayas, Mt.Everest is considered as ‘the Third Pole of the Earth ’. And covered with snow all year round, its glacier area has reached ten thousand kilometers. Gangs Rin-po-che is the Tibetan name of Mt. Kailash, and it is a sacred place in four regions: Bon Religion, Buddhism, Hinduism and Jainism. Every year, thousands make a pilgrimage to Kailash for the faith they believed that circumambulating Kailash by foot will bring good luck and clear the sins. Sera Monastery is one of the three Gelug University monasteries of Tibet. Besides, the debating of Buddhist Doctrines is the highlight of Sera Monastery among other monasteries in Lhasa. Monks gather together in the special debating yard from 3pm Monday to Friday to have debates.

Drepung Monastery is the largest monastery in Tibet which locates at the foot of Mount Gephel, 5km from the western suburb of Lhasa city. What’s more, Thangka Unveiling is one of the highlights of Drepung Monastery during the Sho Dun Festival. Therefore, every year many visitors and local people come here to worship the giant Buddha on the Thangka which is about 20 meters wide and 30 meters long.

Yamdrok Lake is one of three largest holy lake in Tibet and the lake is regarded as part of the life-spirit of Tibet. Every year, believers in Tibet or other regions would come here for pilgrimage. People believe that the lake will bless and protect them.

Guge was an ancient kingdom in western Tibet, Ngari Prefecture, not far away from Mount Kailash. About 300 years ago the mysterious Guge Kingdom had gone for good in one night, left only the ruins that recorded the splendid culture and artistic achievements of Guge Kingdom.